They say that having children changes you.  When my wife told me she was pregnant, I was both excited and apprehensive.  Little did I know how much Clare’s story would change me and continues to change me.

At 25 weeks and 2 days pregnant, we had just had our latest scan.  I remember the sonographer saying “you have a viable fetus” and I recall thinking – that was a strange choice of words.  Only 2 days later, my wife woke me to say something was wrong – she was bleeding and we need to go to Kalgoorlie Hospital.  It was two hours before we could see a doctor and were told that my wife was 2cm dilated and they were going to send her to KEMH via RFDS.  She was given the first shot of steroids and something to slow down the contractions.  Were we going to lose our baby or BC as we had called it? My wife flew to Perth via RFDS and I hastily arranged a seat on a commercial flight – the only one that day.

I found my wife at KEMH who had just been told by a midwife that she thought the baby would come tonight.  She was transferred to a delivery suite where we were visited by Dr Sven a neonatologist who briefed us on the likely outcomes which we needed to be prepared for – 60% chance of survival and 95% chance of physical or mental disability.   A mattress was found for me and I slept that night on the floor of the delivery suite.

The next day, contractions slowed but in the early hours of Monday, my wife’s waters broke.  At 5:54pm that afternoon – the day of the massive hail storm in Perth (22nd March, 2010), Clare was born weighing only 875g.   I watched as 4 neonatologists worked on Clare to prepare her for NICU (Neonatal Intensive Care Unit) and they tried to work out how they would get her to the NICU as the lifts were not working following the flooding to the hospital from the storm.  I felt a sense of relief that it was over and that it was all very surreal.  I remember being asked if I wanted to go to NICU that night to see Clare, but that was a reality I was not yet prepared for.

We both visited her for the first time the next day where we cried a river of tears.  She was so small, with tubes coming out everywhere and a bank of machines monitoring her and keeping her alive.  This was only the start of her challenges.  It was 8 days before mum had her first cuddle and over 4 weeks before I had the courage to give her my first kangaroo cuddle.  Mum soon started to form a routine of daily visits, expressing breast milk many times a day and to assist with Clare’s “cares”.

I would visit when I could as I returned to work and would often visit late at night after returning from Kalgoorlie.  My employer allowed me to work from Perth and provided accommodation close to the hospital which made our visits much easier. 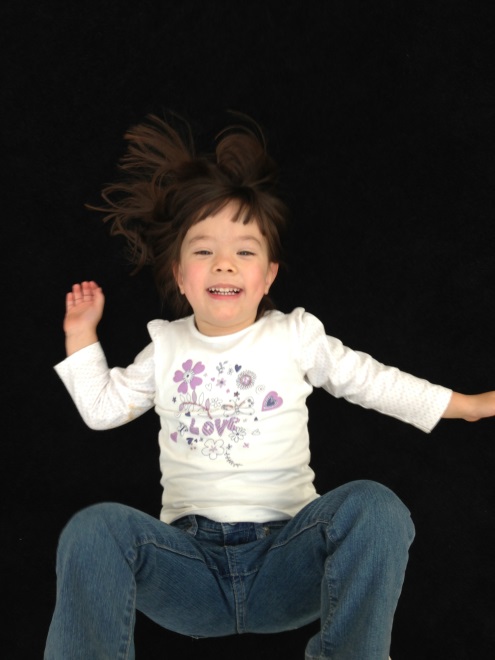 She would spend 99 days in KEMH where we got to know the doctors’ routines, read the charts for desats and watch the SpO2 monitor religiously – trying to remind Clare to remember to breathe.  We celebrated our first Easter and mother’s day as a family at KEMH.  There were several times I thought I would lose her during her time at KEMH, but she was a fighter.  She slowly graduated through the various nurseries SCN3, HDU, 2West and satellite before finally coming home on her due date.

Clare is now a happy and healthy 4 year old.  She commenced kindy this year and does have some development delays in fine motor skills, wears glasses for her long sightedness and an emerging issue of central auditory processing disorder.  She has fought and won more battles in her short life than most of us experience in a life time and I’m sure there will be many more to overcome in the years ahead.  She is a beautiful, bright and lovable kid and continues to amaze me every day.